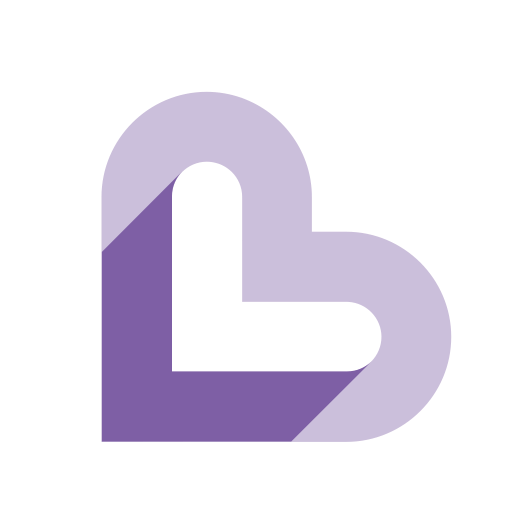 Have you ever considered buying a product, or actually bought a product, because your favorite Instagram beauty or fashion blogger used it? Well, yeah, we have all fallen victim of that. It just shows how influencer marketing is gaining more and more attention as a leading tactic for brands.

And in the world of influencer marketing, while collaborating with popular top stars and celebs is a common thing, micro-influencers are beginning to ride on the waves as a more distinctive option for brands looking to reach a wider target audience with a decent budget.

Opting for a strategy with micro-influencers is an increasingly common choice among brands now. If you were given the choice between gaining visibility or increasing conversions, what would you prefer? The most logical thing is that you are thinking that one thing leads to another. But when it comes to influencers, it doesn't have to be that way.

Although there are many reasons to create a strategy with micro-influencers, arguably the ability to generate credibility is the most important value of all, something less and less common in renowned influencers. In this article, we'll be talking about the fast-growing set of influencers called micro-influencers and why you need them in your Instagram marketing strategy.

It is clear that these days, we are all content generators and potential influencers on social networks. Some do it with more grace and good results, while others with less, but the difference is usually in the quality of the content we publish. Who hasn't heard the phrase “Content is king”? This is perhaps one of the most famous mantras in the marketing world and one of the great truths of the digital age.

In this sense, the new content creators are no longer the traditional media, but people who have managed to find a space on social networks like Instagram to communicate their ideas, values, thoughts and, incidentally, become brand ambassadors. And the most striking thing is that generally, this connection between influencers and potential consumers is much more powerful and sincere than that produced between companies and their target. So, yeah, content is still King but it becomes much more powerful with the right influencers.

When we think of an influencer, many times we imagine great figures from television and cinema, international characters or celebrities such as Kim Kardashian or Selena Gómez. However, the trend is that brands are increasingly looking to micro-influencers now. Micro-influencers are people with less than 50k followers who manage to tune in with their audience or community.

On Instagram, you'll find them with a relatively small but loyal following they have built, specifically around a niche, through genuine engagement. Now the important thing is the affinity that these persons have with their followers. To give an example, some profiles have 200 followers on social networks, and each time they publish an image they get 180 likes; while other people with 1000 followers get the same amount of "likes".

If we think about it from a business perspective, it is more interesting for the person in the first case to promote my products because their followers have a greater affinity with it and its contents, unlike the person in the second case. In both situations, they are the so-called micro-influencers that are becoming very fashionable lately.

Why do you need them in your Instagram marketing strategy?

Micro-influencers have a better engagement and conversion rate

According to social media professionals, the trend of success points towards micro-influencers as brand ambassadors, who apparently have better conversion and achieve greater engagement. You should know by now; when it comes to social network influencers, a bigger number isn't always the real deal

Micro-influencers have greater user interaction that translates into genuine engagement and conversion. Their status as active users and concern about their followers creates a much more powerful interaction link. This user loyalty means a greater number of comments and likes that, little by little, will reach more audiences. What does this mean for a brand? Well, it means that the campaigns they run will be much more credible and less commercial in appearance.

They're favored by the local audience

The triumph of micro-influencers on social media is largely due to location targeting. This is how local audiences are captured, smaller user communities where influence has the greatest impact.

Companies will get much more benefit from hiring these local personalities rather than big names in the national sphere because they are more accessible to the public and the experience they want to offer. A brand looking to penetrate targets in a certain location can achieve a massive turnaround of their campaigns with a local, well-known, micro-influencer in that location.

For instance, a food brand or restaurant that's strategically looking to create brand awareness in a particular location would certainly benefit from hiring these micro-influencers. Because, eventually, when this micro-influencer recommends them, their loyal fans will be more inclined to act on it.

Although it is true that, at times, the lives of the great stars seem like fairy tales, they will never be able to empathize 100% with the day-to-day lives of their followers. And that's because "famous" influencers often sell themselves to everything and, therefore, lose credibility. By this, we mean that they may already be advertising eco-products in the morning as a dish prepared in the afternoon and this causes the influencer to lose their identity and values.

Meanwhile, micro-influencers capture an honest reality of a regular individual. They bring the way of life of many of us closer and closer. In this case, authenticity lies in naturalness, and this value is essential to create awareness and "humanize" the brand.

Unlike celebrity influencers that may simply stamp a tag and that's all, micro-influencers, being so invested in whatever they promote, take time to curate the perfect Instagram post for engagement. They're not just regular people but they're super relatable, niche-focused, people that their authenticity can help brands build credibility.

Micro-influencers are pretty much affordable and cost-effective

Usually, getting celebrity influencers or public figures for promotion will demand you shelling out thousands of dollars, and this may not be possible for a small business just growing a following on Instagram. It's this situation that's, therefore, leading brands to look for influencers that fit more precisely with their signature and budget.

Micro-influencers are not only more effective than celebrity influencers but are also quite affordable and always open to partner with brands that align with their value —small businesses and popular brands, alike. According to Shane Baker, a micro-influencer may charge $100 to $500 per Instagram post. That's a lot cheaper than $1000 and above a mega-influencer would charge.

More so, these sets of influencers are more open to accept your product or services in exchange for the promotion. Whichever way it goes, micro-influencers are far more cost-effective than mega-influencers. With them, you're sure of reaching a high percentage of your target audience while still on budget.

Micro-influencers are more willing to establish an ongoing partnership

If you want to enjoy the ripple effects of influencer marketing, then you must be ready to create an ongoing relationship with your influencers. Think about it; when an influencer makes a sponsored Instagram post once, the ROI may be for that moment and a couple of days. But when you get an influencer on board to promote your product or brand for a long time —say a month— you gain more visibility and conversion.

Micro-influencers, in this case, are more open to accepting an ongoing partnership than celebrity influencers. This is very good for the business as their audience begins to associate your brand with their authenticity. Remember the more spontaneous the campaign is, the more relatable your brand becomes. Micro-influencers are the people that easily become brand ambassadors or advocates.

Finally, Micro-influencers are The Truth…

Perhaps, you must have heard the “people hate advertising” buzz phrase. The truth is, in reality, people hate bad publicity, the one that interrupts. And this is why, as a brand, you must invest in good content that interests your target audience.

Luckily, these Instagram micro-influencers curate the content themselves and blend it into their regular day-to-day life. And of course, this isn't usually considered as an interruption because it is done subtly, and it also achieves what you want: the impact that translates into much more.

The Perfect Mix And How we Help

The conclusions we can draw from this is that the recipe for influencer marketing success is made up of: 1 pinch of creativity, 1kg of quality content that interests your target audience, 2 tablespoons of micro-influencers who have a lot of engagement with their followers, and presence in social networks, to taste.

With all this and a lot of passion for what you do, success is assured. But perhaps, you need some help getting started, Lionize can help you create an influencer marketing campaign —from getting the perfect micro-influencer you need to ensure a successful Instagram campaign to everything else needed. You can start by booking a discovery chat with our creative rep! 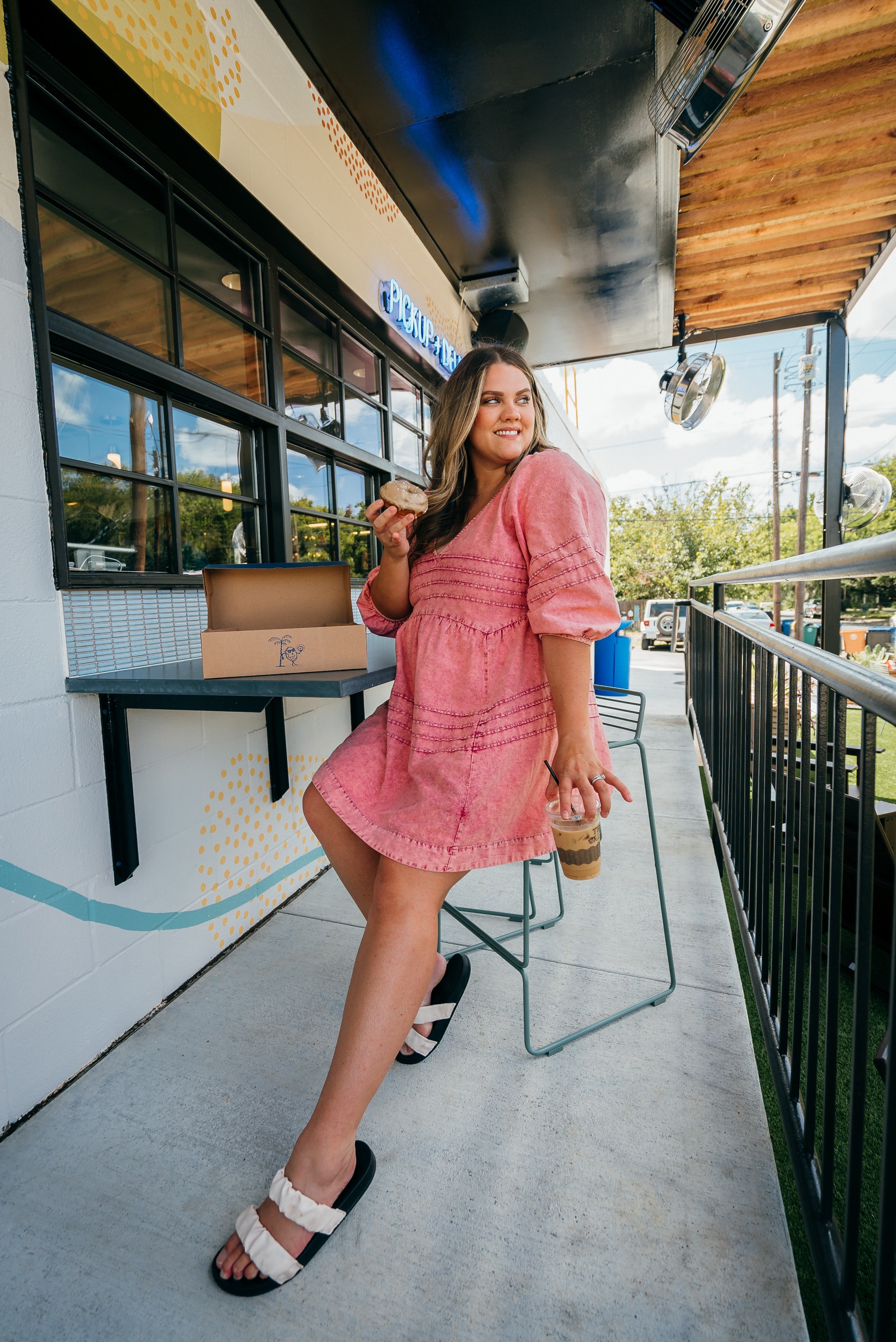 What is Influencer Generated Content And How to Maximize it

How to use influencer generated content to make your brand shine in a crowded social media landscape.
September 22, 2022
Instagram Marketing The "Reel" Way to Market

Instagram has been heavily investing in Reels in response to TikTok’s rapid rise in popularity in recent years. Here's what you need to know.
September 22, 2022
Instagram Marketing 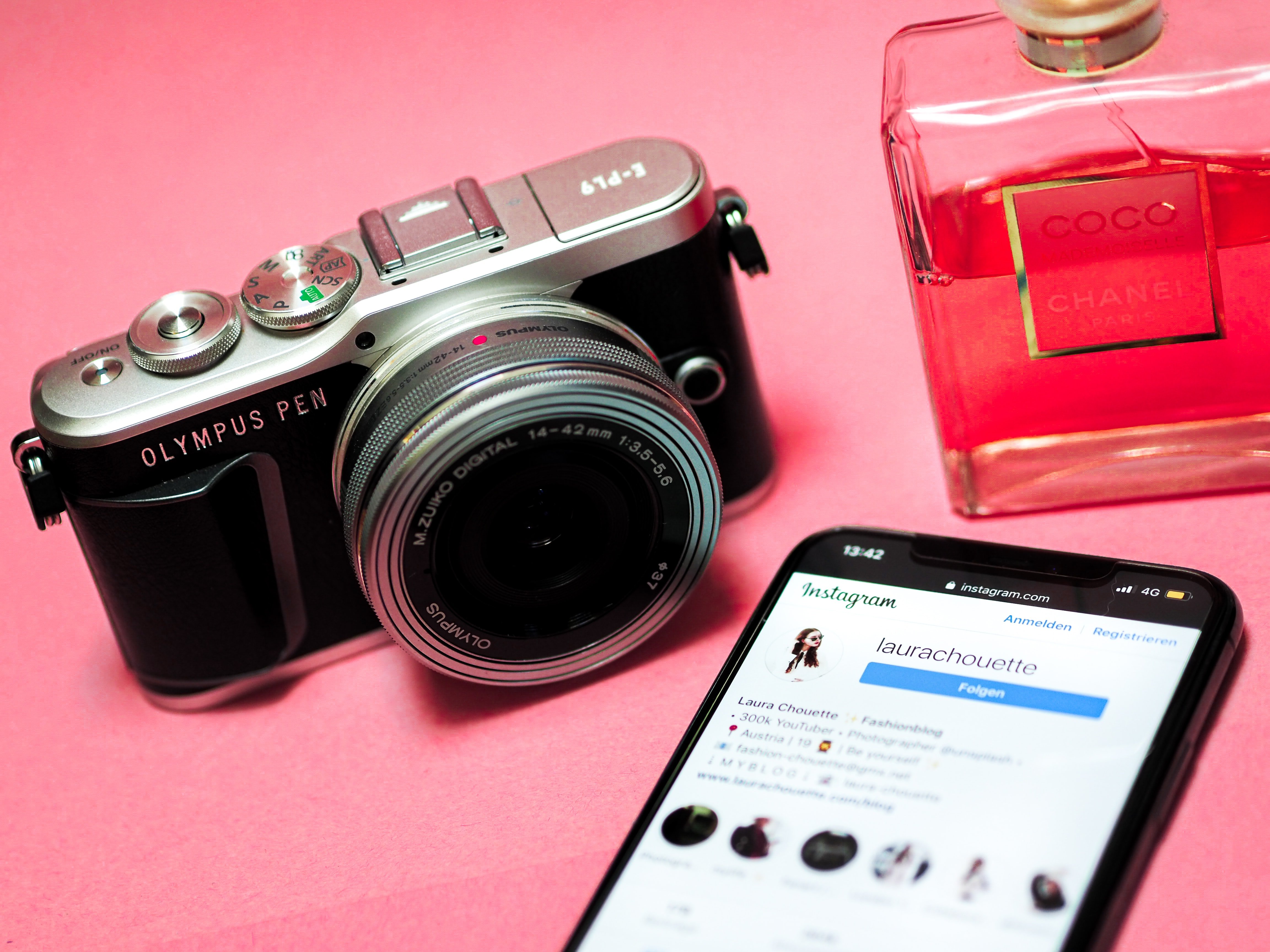 Techniques to Attract And Incentivize Your Influencer Partners 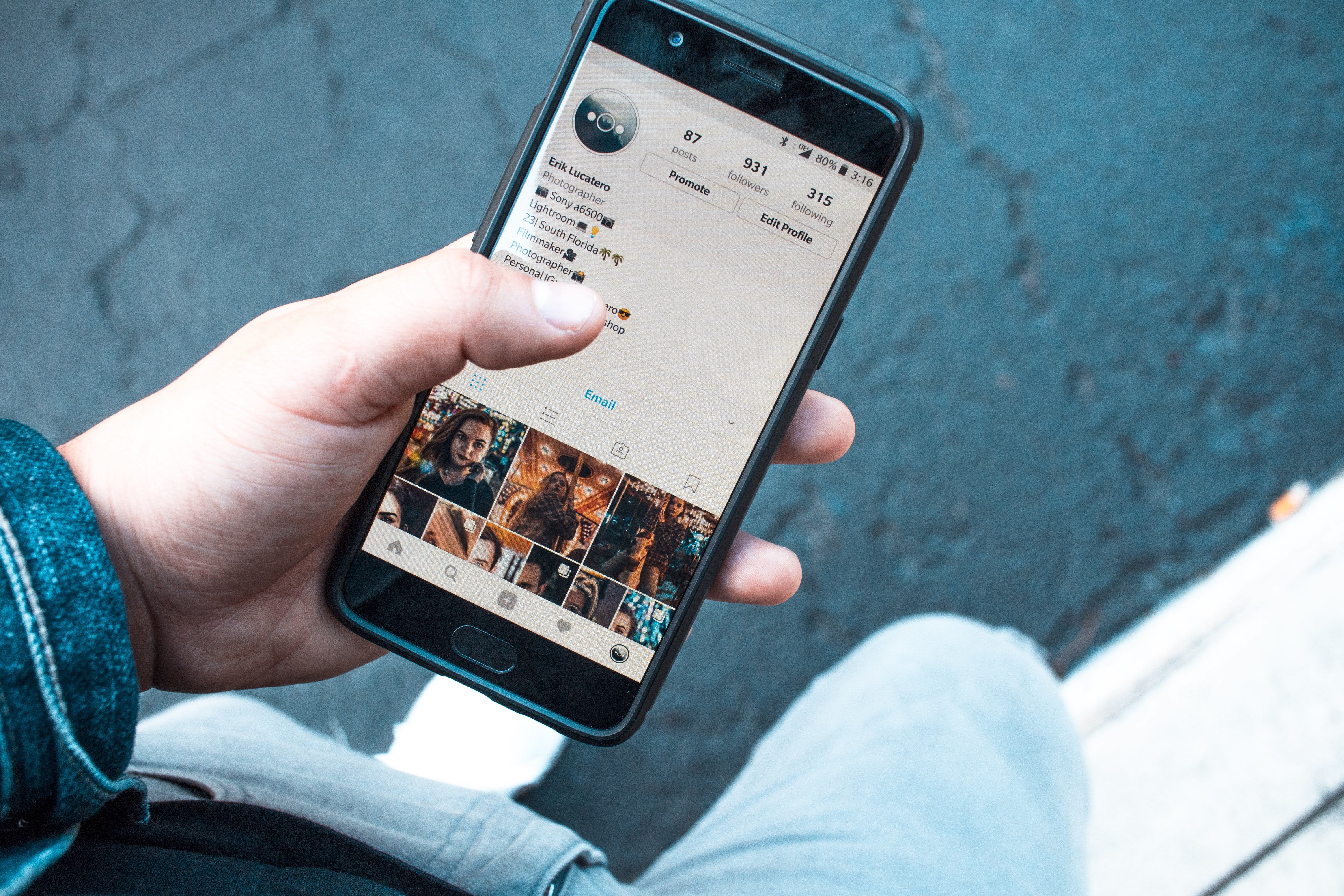 Micro Influencers are changing marketing forever. With an unparalleled ROI, they are a social media manager's best tool to reach the right audience.
September 22, 2022
Instagram Marketing 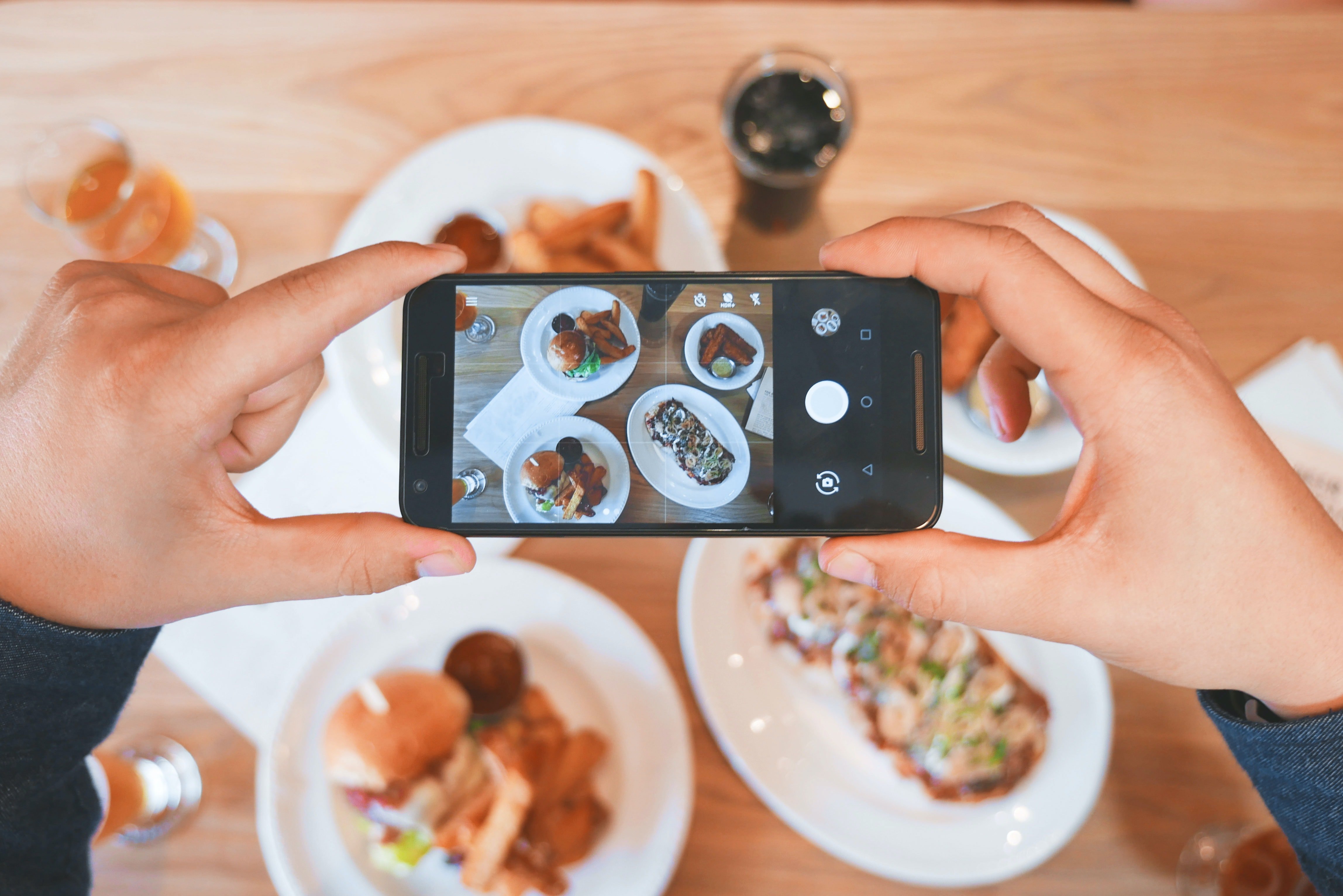 Influencer Whitelisting: Everything You Need to Know

Leverage your influencer's reach with Influencer Whitelisting. Learn how to take influencer marketing to the next level.
September 22, 2022
Instagram Marketing 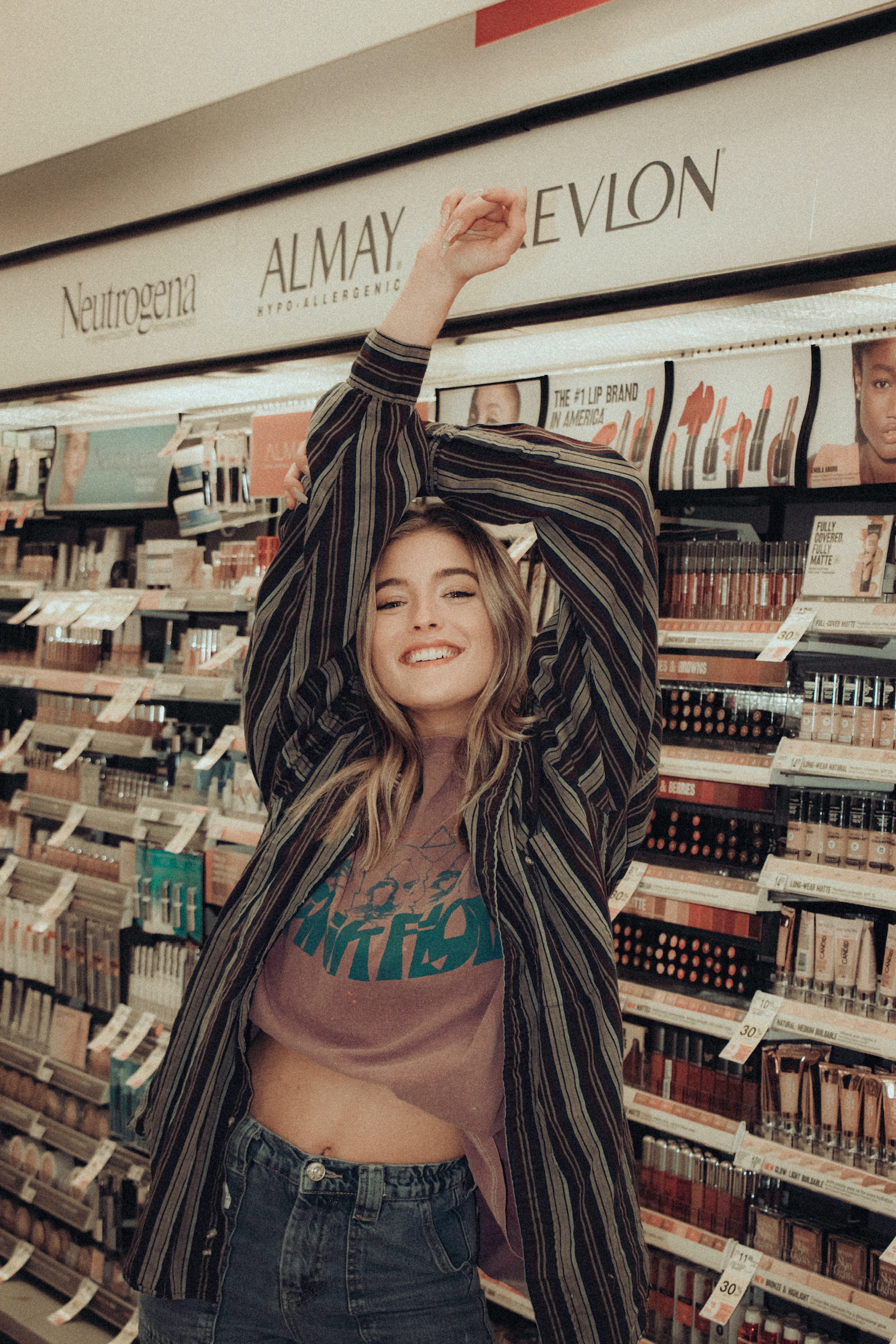 Auditing an influencer is important in running a successful social media campaign. Getting the right influencers is more important than getting the most.
September 22, 2022
Instagram Marketing 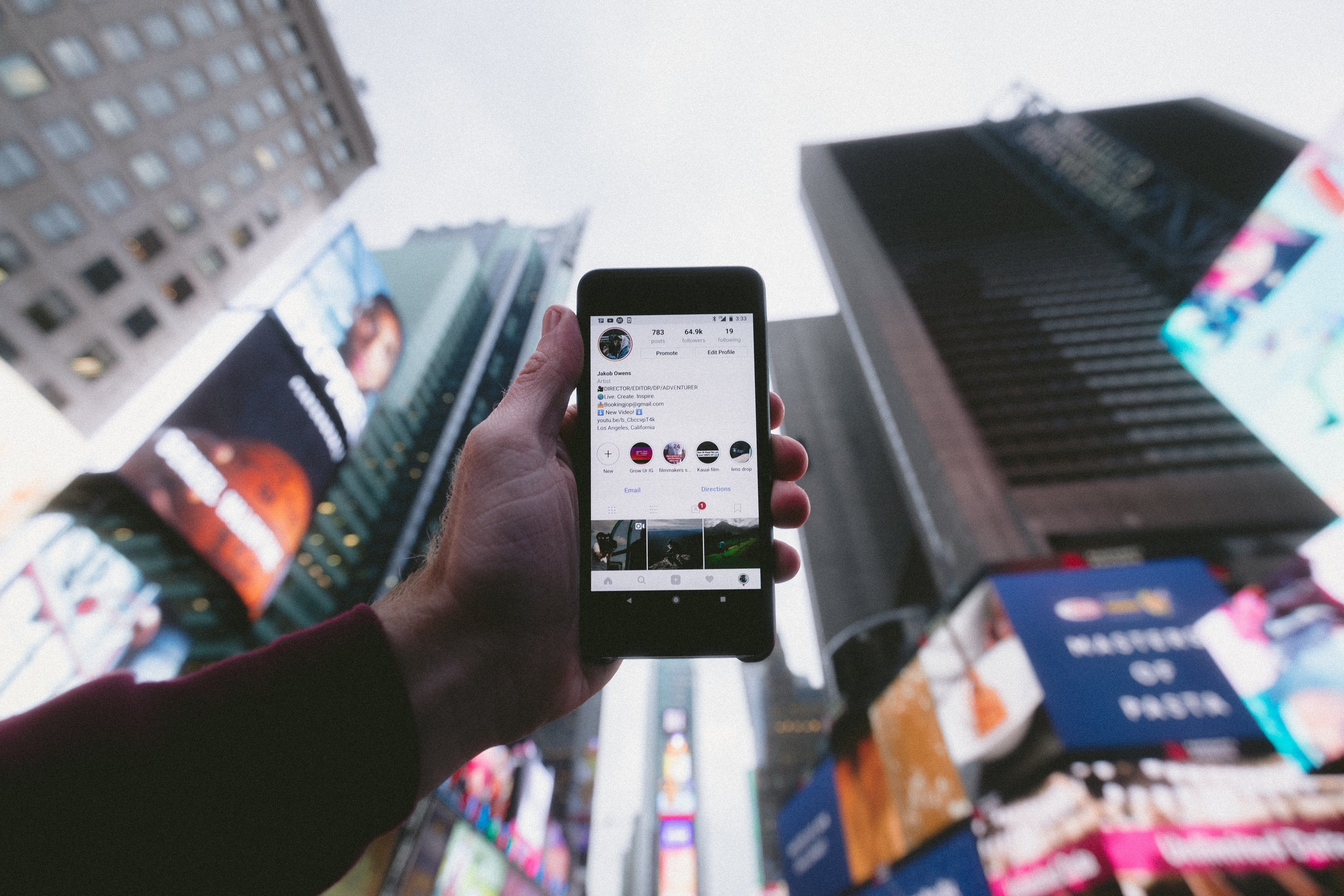 How to Create a Successful Influencer Marketing Strategy

Influencer Marketing is now. Here are the things you need to know before you start running a campaign on social media.
September 22, 2022
Instagram Marketing How to Write an Influencer Brief For Partnership

Learn how to write an Influencer Brief to attract the right content creators for your influencer marketing campaign.
September 22, 2022
Instagram Marketing 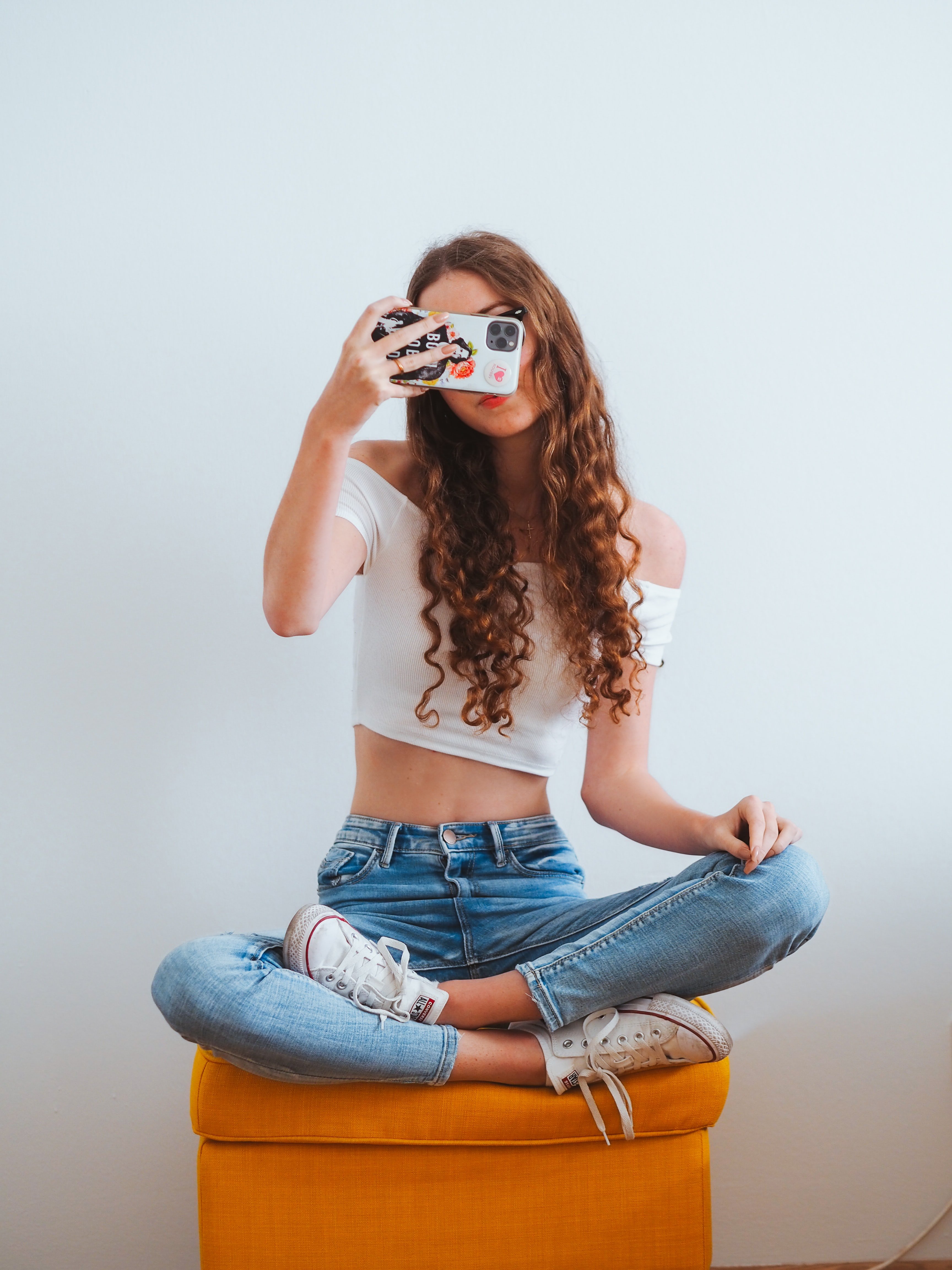 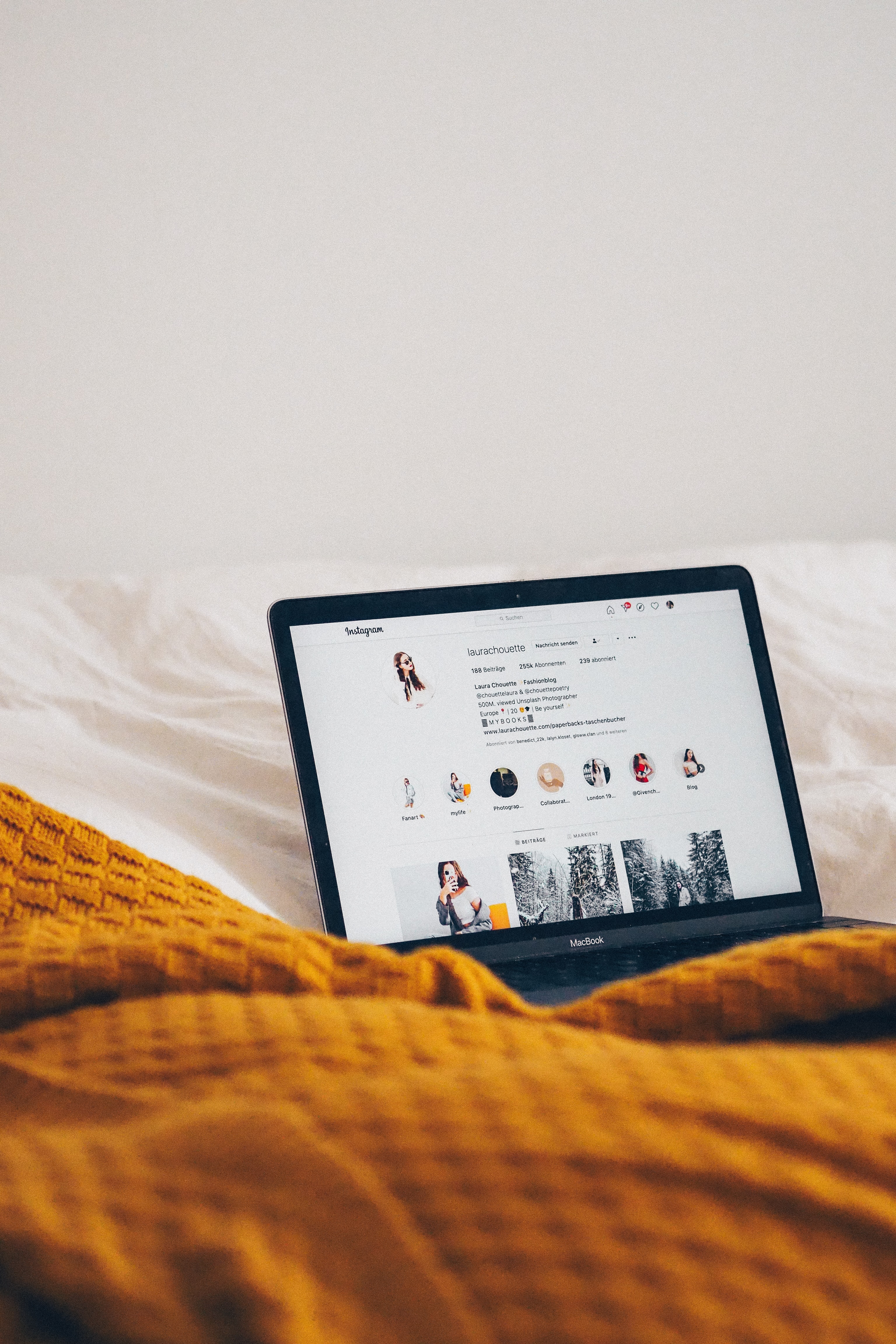 How to Turn Around a Lagging Campaign 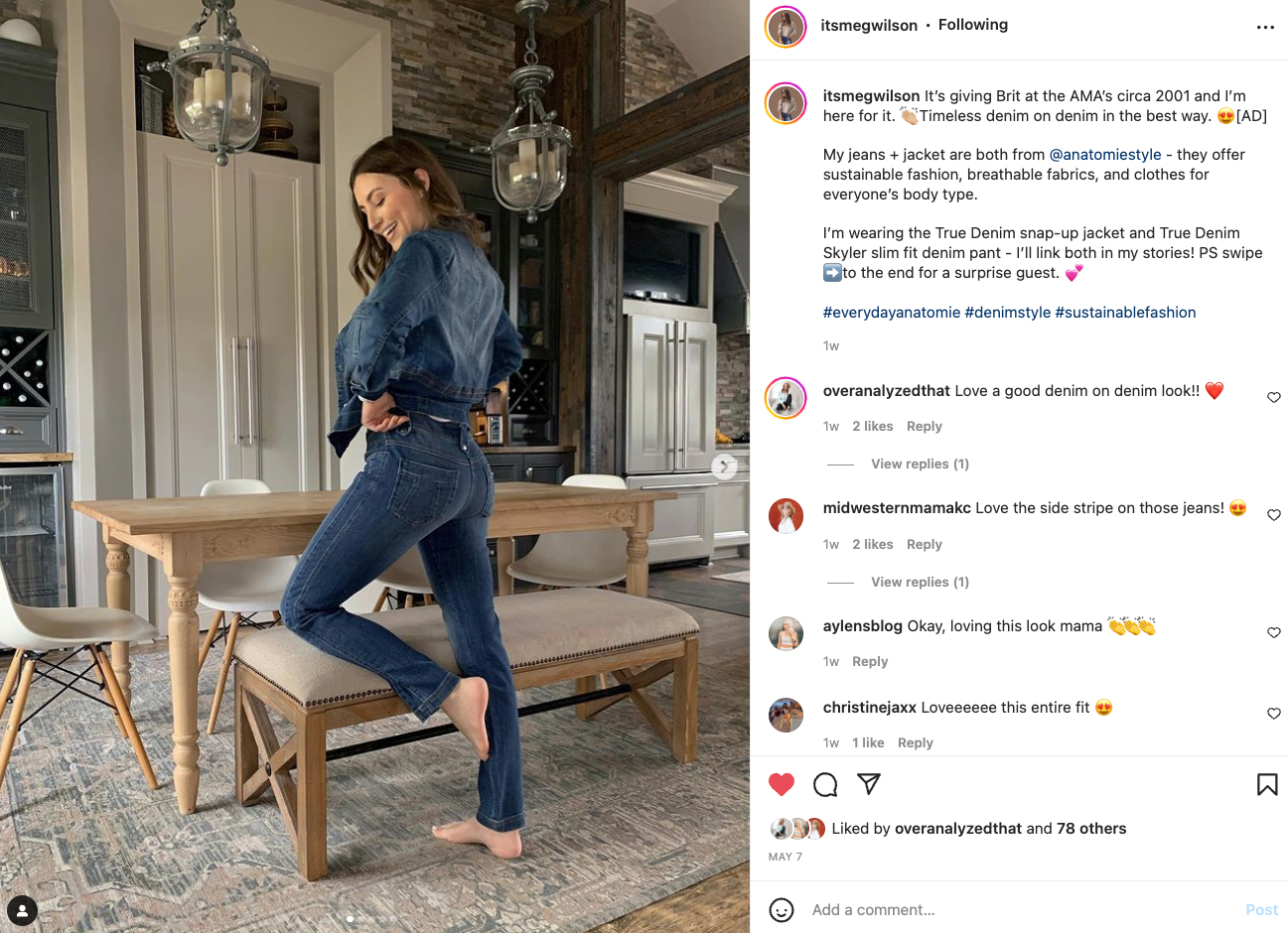 When thinking about influencer campaigns, the now classic ‘sponsored post’ quickly comes to mind, but there are many types of campaign you can run.
September 19, 2022
Instagram Marketing

For Brands
We’ll help you find the perfect partners for your brand. Let our network of limitless influencers build brand awareness and drive your digital traffic goals.
Book a demo

For Agencies
Finally, a platform that removes the heavy lifting of influencer campaign management. Free your time to focus on your client’s creative strategy.
Book a demo

Built by DesignUp
Why Lionize?FAQBlogCase studiesContact us
2022 Lionize. All right reserved.
Privacy PolicyTerms of ServiceInfluencer Agreement